Disclaimer: The given NBSE Class 10 Social Science 2020 question paper has been sourced from NBSE

N.B: Check that all pages of the question paper are complete as indicated on the top left side.

(a) Nationalism in Europe brought about the emergence of (1)

(c) The gas supplied for use in households is called (1)

(d) Which of the following industries belongs to the category of heavy Industries? (1)

(e) In which of the following modes of transport does India have one of the largest networks? (1)

(f) Indian society is considered as (1)

(g) Which form of power-sharing is most commonly referred to as federalism? (1)

(h) Currency notes in India are issued by(1)

(j) Which of the following is the most dominant mountain system in Nagaland? (1)

3. Name the person who pioneered the mass production of cars. (1)

5. Which is the largest sugarcane-producing state of India? (1)

14. Differentiate between a ruling party and an opposition party. (2)

15. Mention two duties of an active and participatory citizen in a democracy. (2)

18.a. Explain how culture played an important role in creating the idea of nationalism in Europe. (4)
Or
b. Mention any four proposals of the Congress of Vienna, in 1815.

19. a. Mention the factors that make the production of solar energy convenient in India. (4)
Or
b. What is soil erosion? Briefly explain the two types of soil erosion. (1+3=4)

20. What are the advantages of waterways as a means of transport?

22. a. State four advantages of formal sector loans. (4)
Or
b. What is a double coincidence of wants? Why is it not required in an economy where money is in use? (2+2=4) 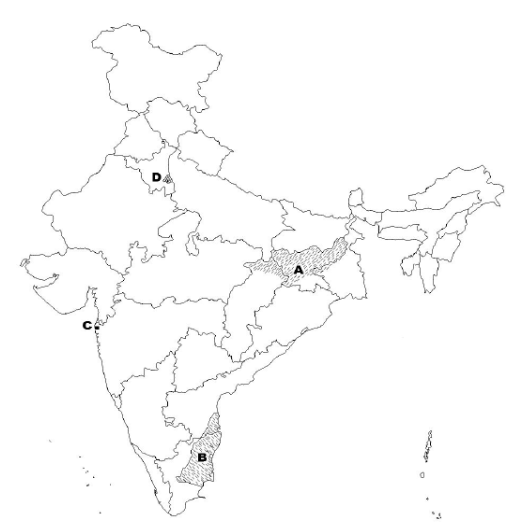 (a) Explain the role of religious groups in the development of anti-colonial feelings in Vietnam. (6)
(b) Explain the causes of the Great Depression. (6)
(c) Mention any six main features of communalism. (6)
(d) Explain any six factors that sustain democracy in India. (6)
(e) Explain any six forms of consumer exploitation. (6)

25. a. Give an account of the geographical features of Nagaland. (6)
Or
b. Write a note on any six food crops of Nagaland.