Disclaimer: The given NBSE Class 10 Social Science 2021 question paper has been sourced from NBSE

Only the visually impaired students have to attempt such alternate questions. N.B: Check that all pages of the question paper are complete as indicated on the top left side

(a) Which was the first Satyagraha launched by Gandhiji in India? (1)

(d) A map showing the distribution of industries is a (1)

(f) Who chooses the candidates for contesting elections in India?  (1)

(j) Who was the first Chief Minister of Nagaland? (1)

3. When did Gandhiji return from South Africa? (1)

8. What is gender discrimination? (1)

11. Where is the Nagaland Mini Tool Room and Training Centre located?  (1)

14. Mention any two advantages of waterways as a means of transport (2)

15. Mention two duties of an active and participatory citizen in a democracy (2)

18.a. What is liberalism? Explain liberalism in the political field prevailing in Europe in the 19th century (1+3=4)
Or
b. How did Greece become a nation-state (4)

19 a. Explain four causes of land degradation (4)
Or
b. What is rainwater harvesting? Mention any three benefits of rainwater Harvesting  (1+3=4)

20. Describe the role of information technology in modern India. (4)

21 a. “Democracy is the better form of government.” Give reasons in support of the statement (4)
Or
b. Explain any four factors that sustain democracy in India. 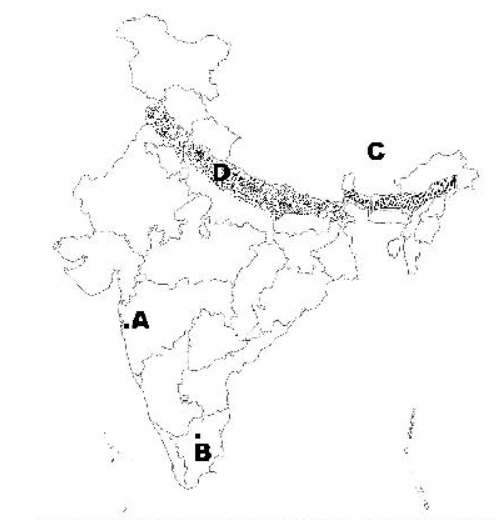 Note: The following  questions are for Visually Impaired Candidates only in lieu of Q. no. 23

a) Name the largest sugarcane-producing states of India (1)
b) Which city is called the ‘SiliconValley of India’? (1)
c) Where is the Indira Gandhi International Airport located? (1)
d) Which maps show boundaries between different countries along with their states, capitals, cities, towns and villages? (1)

(a) Describe the events that led to the “Dual Monarchy” in Hungary.  What were its consequences? (3+3=6)
(b) Explain any six impacts of globalisation. (6)
(c) Why is road transport more useful than rail transport in India? (6)
(d) Mention any six features of local self-government. (6)
(e) Who is a consumer? Explain the various rights of consumers (1+5=6)